A year ago, we had a little family reunion in my dad’s hometown (funny, I titled that post “Time Flies” and that would also be an apt title for this post – how was that trip 12 months ago?!). 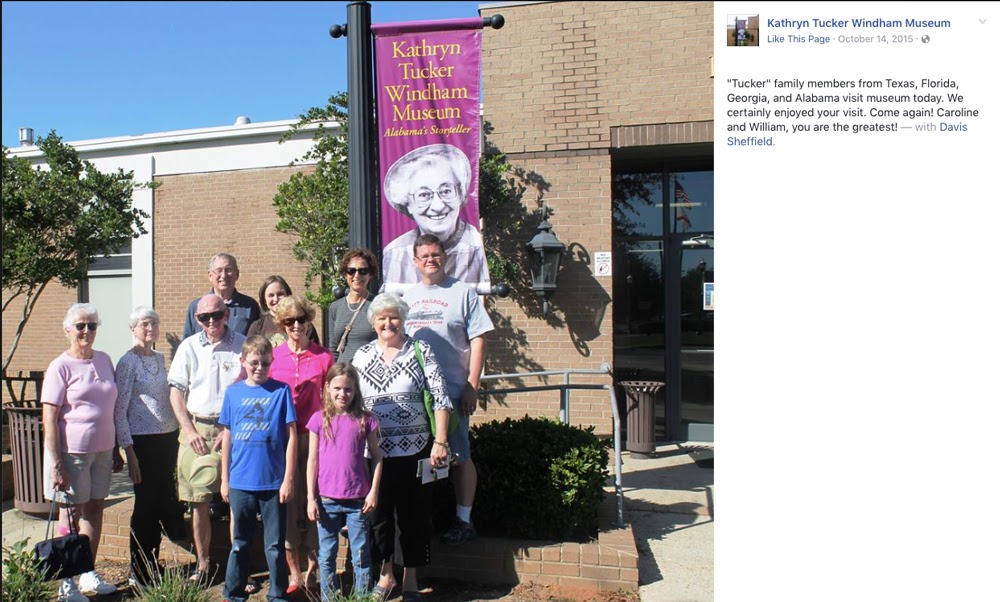 One of the very cool things we did was visit the Kathryn Tucker Windham Museum. Kathryn Tucker Windham and my grandmother (my dad’s mother) were cousins (Grandmother was a Tucker, too, before she got married). I’ve heard stories about Miz Windham practically my whole life. But really, she was the story teller. I own many of her books and added her last one to my collection when I was there. 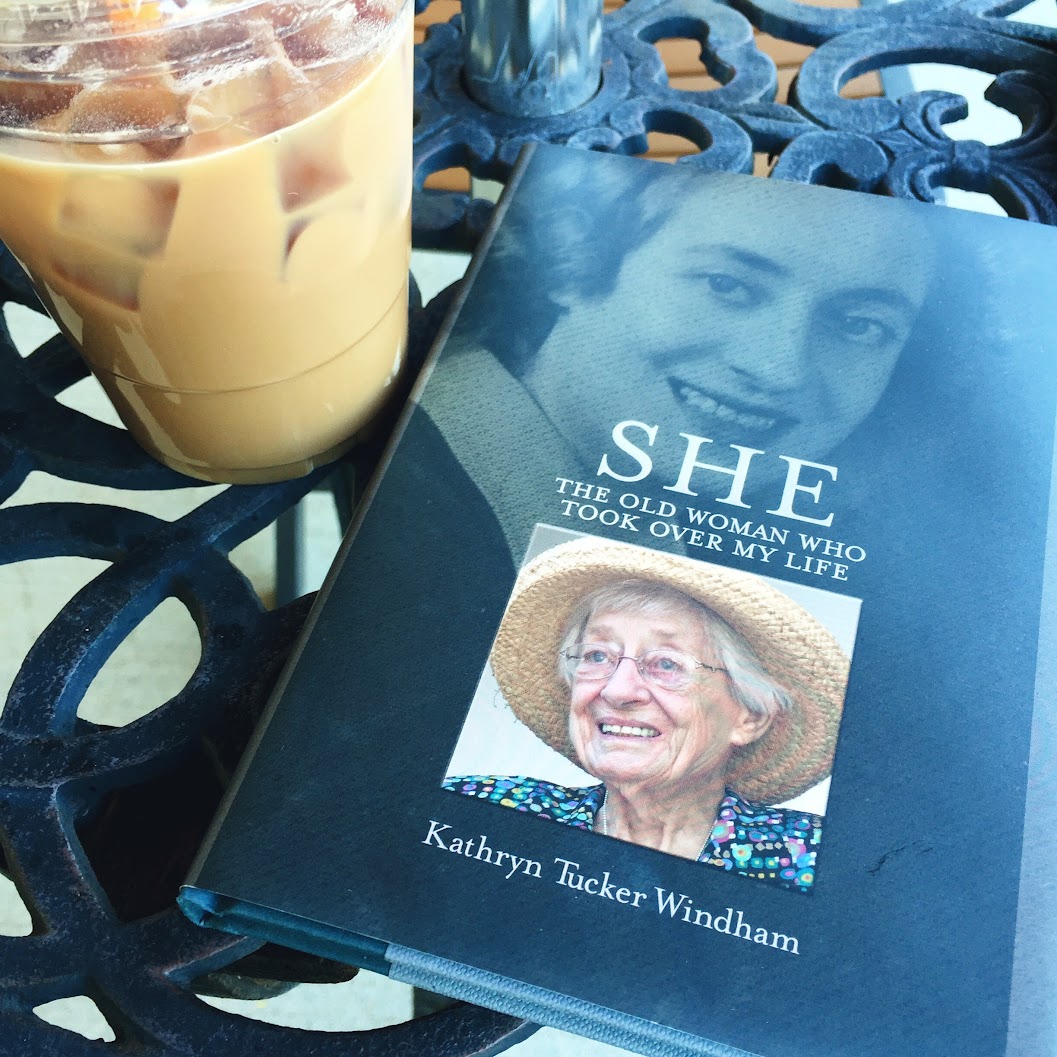 The museum is a really wonderful tribute to Miz Windham’s life and storytelling legacy. 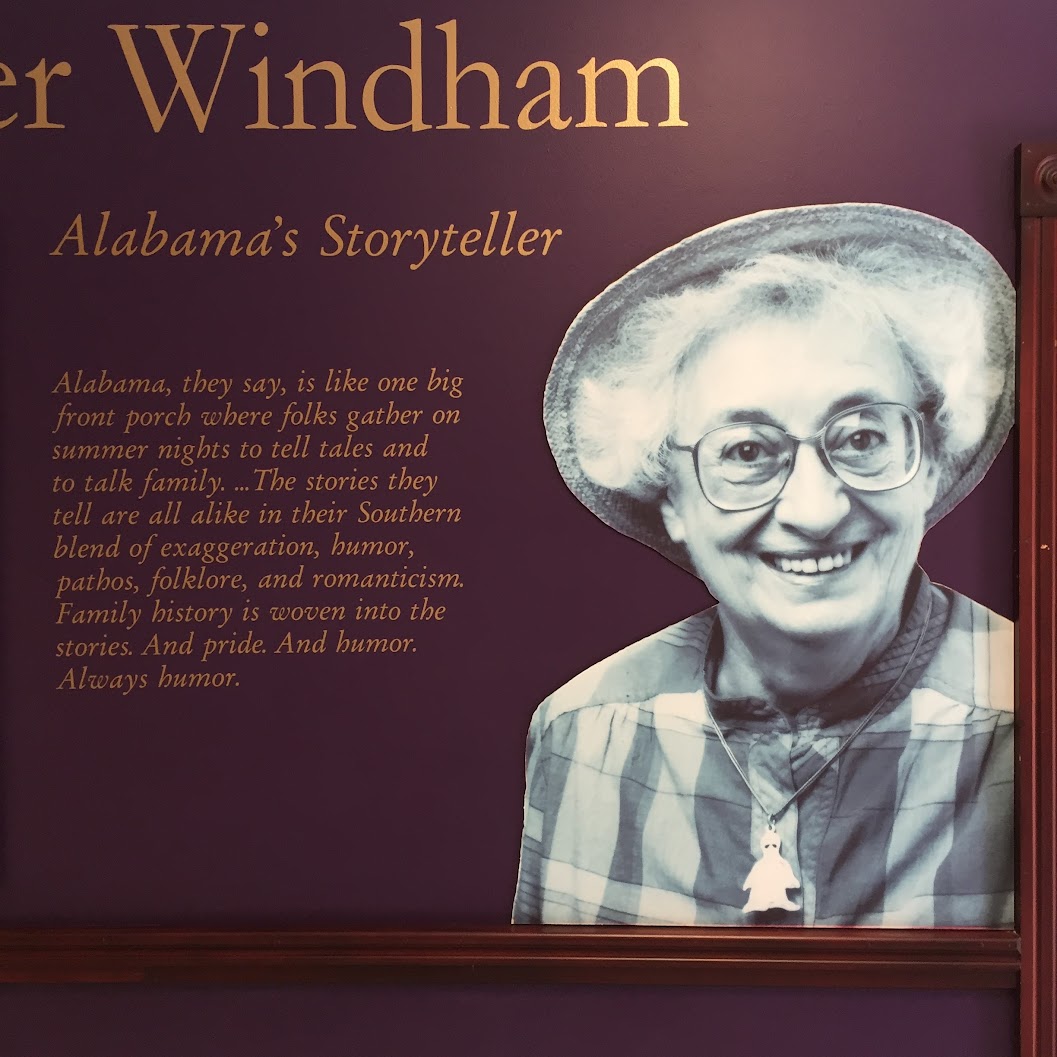 Its director (whose name I’ve forgotten) is a real fan, too. She was thrilled to meet “family” (she took the photo at the top of this post and shared it on the museum’s Facebook page) and gave us a personal tour. 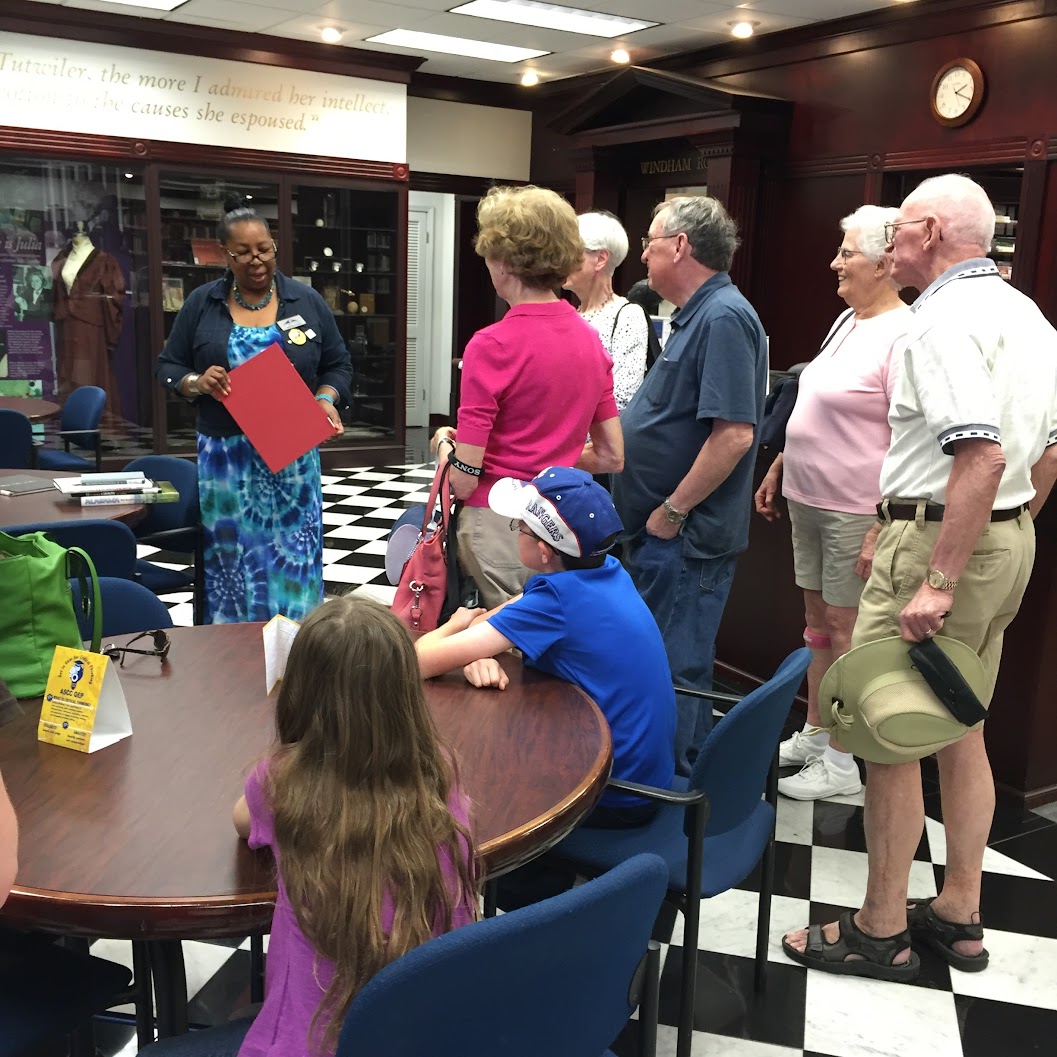 This story quilt (made by Dorothy Williams Shepard) is one of my favorite pieces in the museum’s extensive collection.

…and of course this 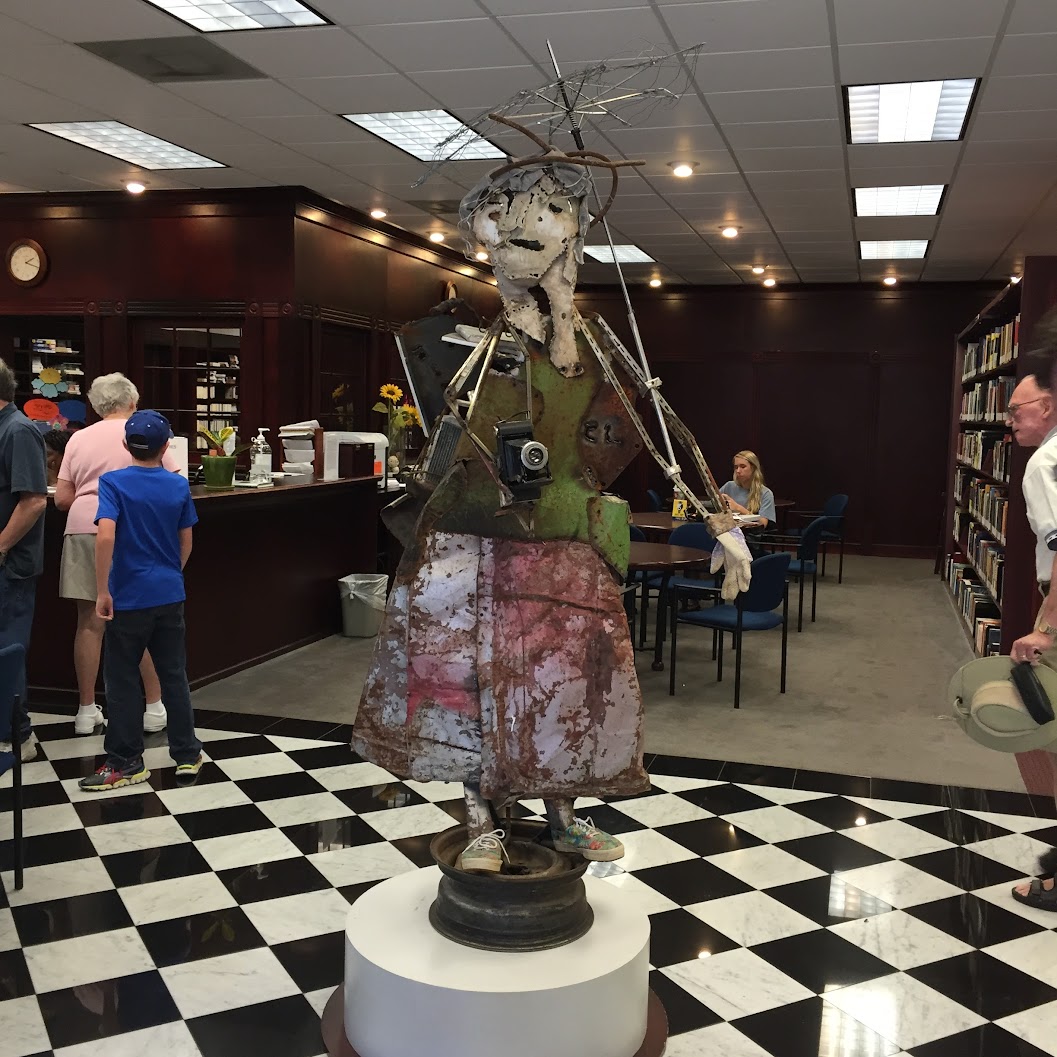 (I wish I’d written this post sooner or taken better notes because now I can’t remember the details – all I have are these photos!)
That’s a sculpture of Miz Windham. It reminds me that she told stories with words and photographs. I have her book Encounters, which includes some of her best work. The museum has many of the photographs from that book on display along with their stories. It’s impressive.
Two of Miz Windham’s children – Ben Windham and Dilcy Windham Hilley – have created a wonderful home for her work on-line. The website even includes voice recordings from Miz Windham’s radio broadcasts. I couldn’t figure out how to link directly to that page, but there’s a “Listen to Kathryn Tell Stories Here” link at the bottom of the homepage that will take you there. The one called Naps is especially delightful.

“It is highly unusual for a talented wordsmith also to be a gifted photographer, but Kathryn Tucker Windham has long used both media to communicate memorably about Southern culture. Whether telling stories, commenting on Southern customs, passing along cherished recipes, or capturing Alabama life in photographs, her work has a unity that centers on her powers of observation and memory and her love for the South, its people and its lifeways.”
(from the museum’s flyer, reprinted from the Encyclopedia of Alabama)

This is one cousin I’m certainly proud to claim!