…that week of WIPs back in mid-August really helped me focus on finishing. Since I posted about those five projects, I’ve finished four! The socks are still sitting where I left them (one done and the second not started). I braved the heat on Thursday and, with Katie’s very capable help behind the camera, modeled the three I knit for myself.
First up, Insouciant. I finished this one Tuesday and I’ve already worn it twice. 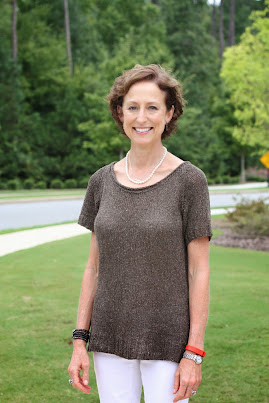 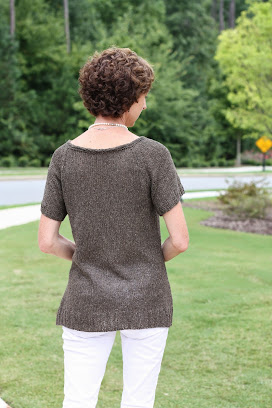 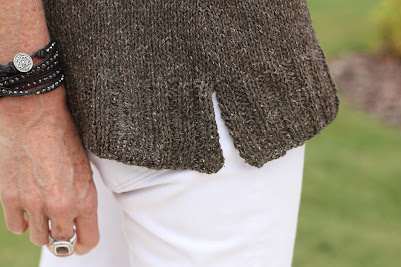 It fits great and I’m glad I followed my own advice and knit it in pieces, with seams. Even though it’s really lightweight, it’s 100% silk and those seams are going to help it keep its shape. The only modification I made to the pattern was on the bind-off for the neck trim. I did the *K2tog through the back loop, put the stitch back on the left needle* bind-off instead of a sewn bind-off (I figured that, with all those seams, I’d held a sewing needle in my hand enough already!) The edge still has a nice roll. 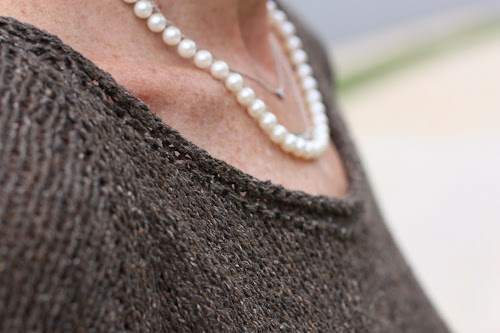 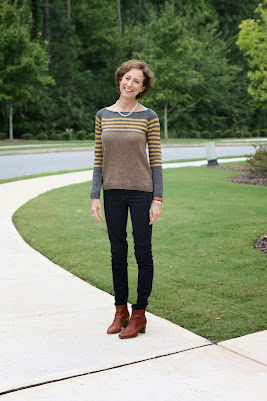 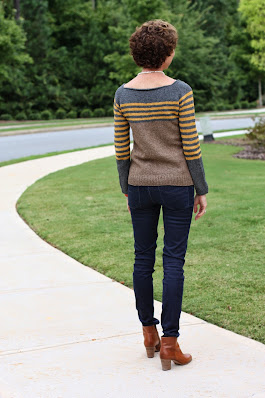 It’s hard to tell in the photo, but my jeans are dark blue. I chose the brown color for the body of the sweater on purpose so I could wear it with blue and black jeans. Now that it’s done, I think it’s going to work fine with my winter white ones, too. 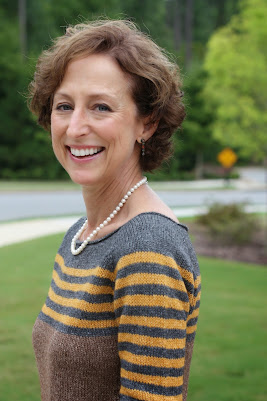 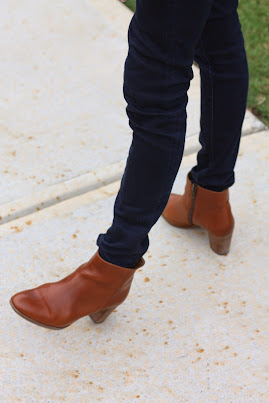 Katie had fun playing fashion photographer! I must admit, the boots are pretty cute with the messily-cuffed jeans!
And finally, Cepa. This piece was my serendipity project for the summer. I hadn’t planned to knit anything like it (in fact I’m pretty sure I thought I’d never knit anything like it! chevron stripes? all those ends to weave in?) but the newsletter I wrote about Fall Colors in early August sold me. I chose the colors specifically from the Pantone Fall 2014 swatch as Sangria/Cognac/Cypress. 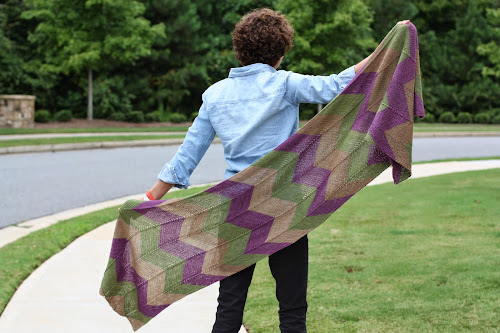 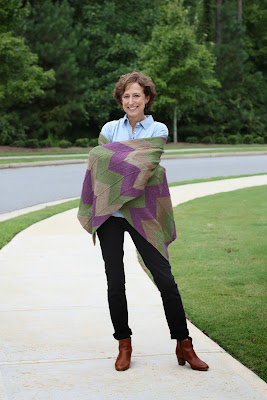 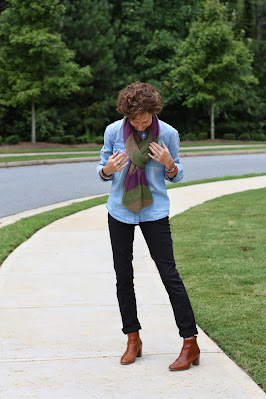 The garter/stockinette stitch combination adds texture (and made it not quite so boring to knit!) 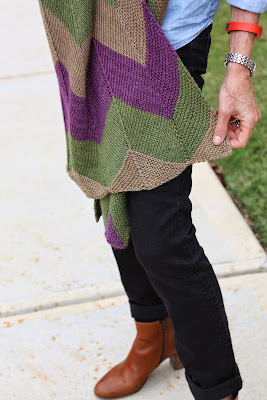 …ditto the chevron increases and decreases. 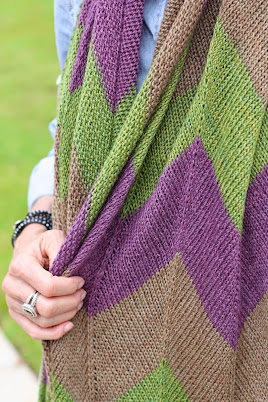 The only not-fun part of the project was the finishing. Each stripe and triangle made two ends, and after I wove in each of those ends, I split the yarn into its three plies and buried them. Yeah, you can imagine.

I’ve already bought yarn to knit another one. This time I chose Shibui Silk Cloud. It will still be lots of ends, but it’s a single ply and very sticky, so at least I won’t have that burying the ends step!
I’m going to enter Ravello and Cepa in The Yarniacs’ Colors of Fall KAL. You have to submit your FO photos “styled for fall” and I must say, I had fun with the outfits. And the photos. Thank you so much, Katie!
…also, thank you very much for all the thoughtful and helpful advice about my Twitter/Pinterest quandry. I’ve decided to abandon my personal accounts (I deleted those links in my sidebar; if you do follow me there, don’t expect to see anything new!). For the shop, we’ll look into cross-posting from Facebook to Twitter, and otherwise keeping our Twitter feed like it is. But I’m going to devote some time and energy to our Pinterest boards. I think it would be a good fit with our community to share more about what we’re knitting, what’s inspiring us, new yarns, etc. We’ll see.

9 thoughts on “Finished | Colors of Fall.”